What are they up to now? Drawing the revolution 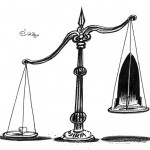 In the latest of a series of updates which profiles the current work and activities of artists and speakers from the 2011 festival, this week we feature an update from Vanessa Rousselot director of no laughing matter which screened on the openning night, and was described by one audience member as “one of the best films he had ever seen”.

Over the next six weeks the Guardian will be publishing a series of interviews which Vanessa has filmed with Arab cartoonists entitled ‘Drawing the Revolution’.  The first of these insightful shorts features Syrian Cartoonist Ali Farzat who founded in 2001 Syria’s first satirical weekly, Ad Domari.  You can view the first video here.