By DavidAugust 1, 2012News
No Comments 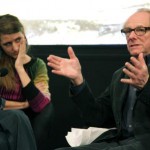 For three months we have been researching films, speakers, working on graphics and planning events to build on the success of 2011. But now we need your help.

lease support this marvellous event however you can. Donations can be made through the campaign link above, and please pass this message to friends, colleagues and networks. The campaign will last for just 60 days and needs to raise £1000.00 in order to for the film festival to take place in 2012.

In 2011 and was opened by esteemed director Ken Loach and described “as a great opportunity to see the world through the eyes of Palestinians”.

The event was attended by over 500 people here is what they said:

“I have not felt like this since five days spent at Edinburgh Fringe some years back. A really powerful cultural and politising event.”

Over 85% of those attending said that they had learnt something new about Palestine and would continue to discuss Palestine as a result of attending the event.

Please help make the 2012 festival a reality.  Below is just a short samples of some of the films we are trying to bring to the South West.

Habibi, a story of forbidden love, is a fiction feature set in Gaza. Two students in the West Bank are forced to return home to Gaza, where their love defies tradition.

Man without a Cellphone | Sameh Zoabi 2010

A humorous, sharp take on the social milieu of a Palestinian village inside Israel. Jawdat, a restless young concrete worker, just wants to have fun with his friends, talk on his cell phone and find love – a near impossible task in a place where politics and traditional values dominate.

Watch an interview with the director on the BBC

Palestinian farm laborer Emad has five video cameras, and each of them tells a different part of the story of his village’s resistance to Israeli oppression.