By DavidDecember 2, 2012News
No Comments 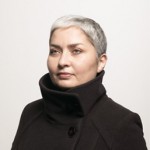 We are pleased to announce that Leila Sansour will join us on the opening night to introduce her short film ‘They Came in the Morning’ .  Leila Sansour is the founder and CEO of Open Bethlehem. She was born in Moscow to a Palestinian father and a Russian mother, and grew up in the occupied West Bank. Leila is best known in the UK for her feature-length documentary, Jeremy Hardy versus the Israeli Army -73 minutes, which was filmed in Bethlehem during the 2002 siege and received four and five-star reviews, before its national release across cinemas in the UK, and its tour in the US as part of Amnesty International’s Roaming Film Festival. She made the decision to return to her home city of Bethlehem in 2004 following Israel’s construction of the wall, to found the organisation Open Bethlehem- an international campaign to save the city and keep it open for the world; which operates with a sense of duty to the wider region, seeing itself as a voice and a showcase for challenges that face Palestine.  Leila gave an inspirational talk at the festival in 2011 and we are delighted that she can join us for the opening night.