By DavidSeptember 26, 2014Blog
No Comments

In the run up to Bristol Palestine Film Festival, 2014 we will be inviting directors and festival friends to contribute writings that relate to the themes and films being discussed at the festival in December. In this first post Tim Schwab, Associate Professor in the Department of Communication Studies at Concordia University in Montréal, discusses his documentary Cinema Palestine. The film is an insightful introduction to anyone less familiar with Palestinian filmmakers working in the Middle East and in the diaspora. 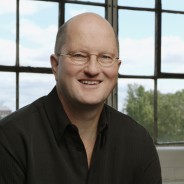 In 2004 I finished a documentary film for the CBC called BEING OSAMA.  Made with my former student Mahmoud Khaabour, the film followed the lives of six men named Osama living in the Montréal Arab community in the months after 9/11 through the beginning of the first Gulf war.  In December of 2005 the film was selected to screen at the Dubai International Film Festival.  While attending the festival I met and talked with pioneering Gaza filmmaker Rashid Masharawi (HAIFA, TICKET TO JERUSALEM) and members of the cast and crew of Hany Abu Assad’s, feature film PARADISE NOW which played during the festival’s opening night.  Remarkably, later that week PARADISE NOW became the first film by a Palestinian filmmaker to win the Golden Globe award for Best Foreign Language film, with the country of origin designated for the first time as ‘Palestine’, causing huge excitement at the festival.   I subsequently had the opportunity to meet and interview noted Israel-based Palestinian actor and director Mohammed Bakri (JENIN, JENIN; SINCE YOU LEFT) when he was in Montréal.

Hamid Dabashi, Dreams of a Nation

My experience meeting and talking with these filmmakers, and the seeing the quality of work they have created under the most difficult financial and security conditions inspired my intense interest in and passion for the work being created by Palestinian filmmakers working in the Middle East and in the diaspora beyond.  The existence of a “Palestinian cinema” without the existence of a Palestinian state raised profound questions for me about the nature of transnational existence, diaspora communities, and the meaning of transnational art and identity in the contemporary world that I hoped to address in a documentary film and oral history project on the recent Palestinian cinema.  My research led me quite quickly to the “Dreams of a Nation” project by Hamid Dabashi and Annemarie Jacir, and the quote that introduces this piece, which became a kind of guiding idea as my collaborators and I arranged to interview a wide variety of Palestinian filmmakers in five different countries to try to answer some of these questions.

The result of these efforts is an archive of interviews with seventeen contemporary Palestinian filmmakers, with many of these used to create the feature length documentary CINEMA PALESTINE, and all of which will eventually be made available for study and scholarship in an oral history archive.  As for answering the questions we set out to address, as to if there is a Palestinian “national cinema” and if so, what kind of national cinema is it, there is obviously no definitive answer, although there are many commonalities between films and makers.  As is common with much “independent” cinema in the West, the films featured in the documentary are the result of enormous individual commitment and vision and often considerable community support, usually being made without a great deal of institutional or industry participation.  In terms of their content and artistic approach, they are as diverse as the styles and concerns of their makers.  There was a range of opinion among the filmmakers about the meaning or even the existence of a “Palestinian cinema”, but there was great agreement among them about the need to preserve and advance the story of the Palestinians, to resist injustice and erasure, and to show Palestinian creativity and culture to the world.  In the end, it would seem that one of the things that defines a Palestinian film is to remind the world of the Palestinian narrative, and to refuse to be silenced.

Tim Schwab is Associate Professor in the Department of Communication Studies at Concordia University in Montréal where he teaches film, video and sound production and documentary studies.  He has produced and directed numerous documentaries including the IDA award-winning THE BURNING BARREL and the acclaimed CBC documentary BEING OSAMA, broadcast on television networks worldwide.  He is currently working on several documentary and new media projects about topics ranging from oral history and human rights to interactive narrative and the cinema of the Middle East.