“I saw in the film what reading the paper cannot communicate. It feels much more personal.”

The Bristol Palestine Film Festival has been running since 2011. It takes place every December and showcases an exciting mix of Palestinian films, including documentaries, features and shorts, as well as music and arts events across a range of venues. So how did a festival about a country nearly 3,000 miles away come about?

It all started with a football game.

In 2007, a football team from Bristol visited the West Bank and played the beautiful game with Palestinians living there. They shared many things, including stories, laughter and common understanding. They came to realise that the impression they arrived with was very different to the experience of actually being there and meeting the people living in Palestine.
On their return to Bristol, one of the players, David Owen was inspired to create a platform that would bring real stories from Palestine to the West of England: the Bristol Palestine Film Festival was born. 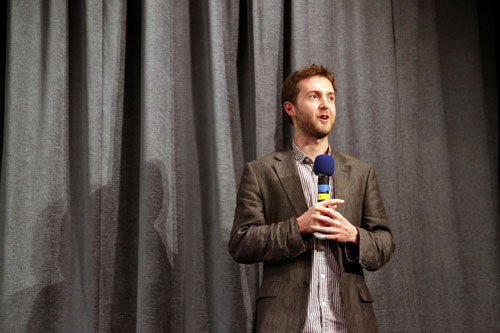 And we are growing all the time?

We work with venues in Bristol including Watershed, Cube Microplex, Palestine Museum and Cultural Centre. We also screen films at Bristol film clubs based at The Windmill Bedminster and The Lazy Dog Ashley Down. And since 2018 we have been working with venues and organisations outside Bristol to bring Palestinian films to the widest possible audience – watch out for events in Clevedon, Bath and Bradford-upon-Avon.

Look at what we’ve done

You can see previous editions of the festival on our Archive page.

…and how you can support us.

If you’d like to support our work, please look at our Donation page.