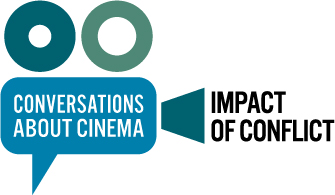 Conversations about Cinema is a national programme funded by the British Film Institute. The project aims to initiate conversations about the issues raised through film and how they resonate with what is happening in the wider world.

Conversations are seeded at independent cinemas, online and through social media across a variety of themes, often reflecting the complexity of the modern world as opposed to escaping into the neat resolutions of Hollywood. In 2015 Bristol Palestine Film Festival is collaborating on the impact of conflict theme, looking at how Palestinian film and filmmakers address this theme in their work and daily lives.

Your thoughts and opinions about the films screened during the Impact of Conflict season, and the issues we highlight are central to this project’s. We want everyone, everywhere to join in with our Conversation about Cinema.

How to get involved

Join in the conversation at www.conversationsaboutcinema.co.uk or via twitter at #convocinema.