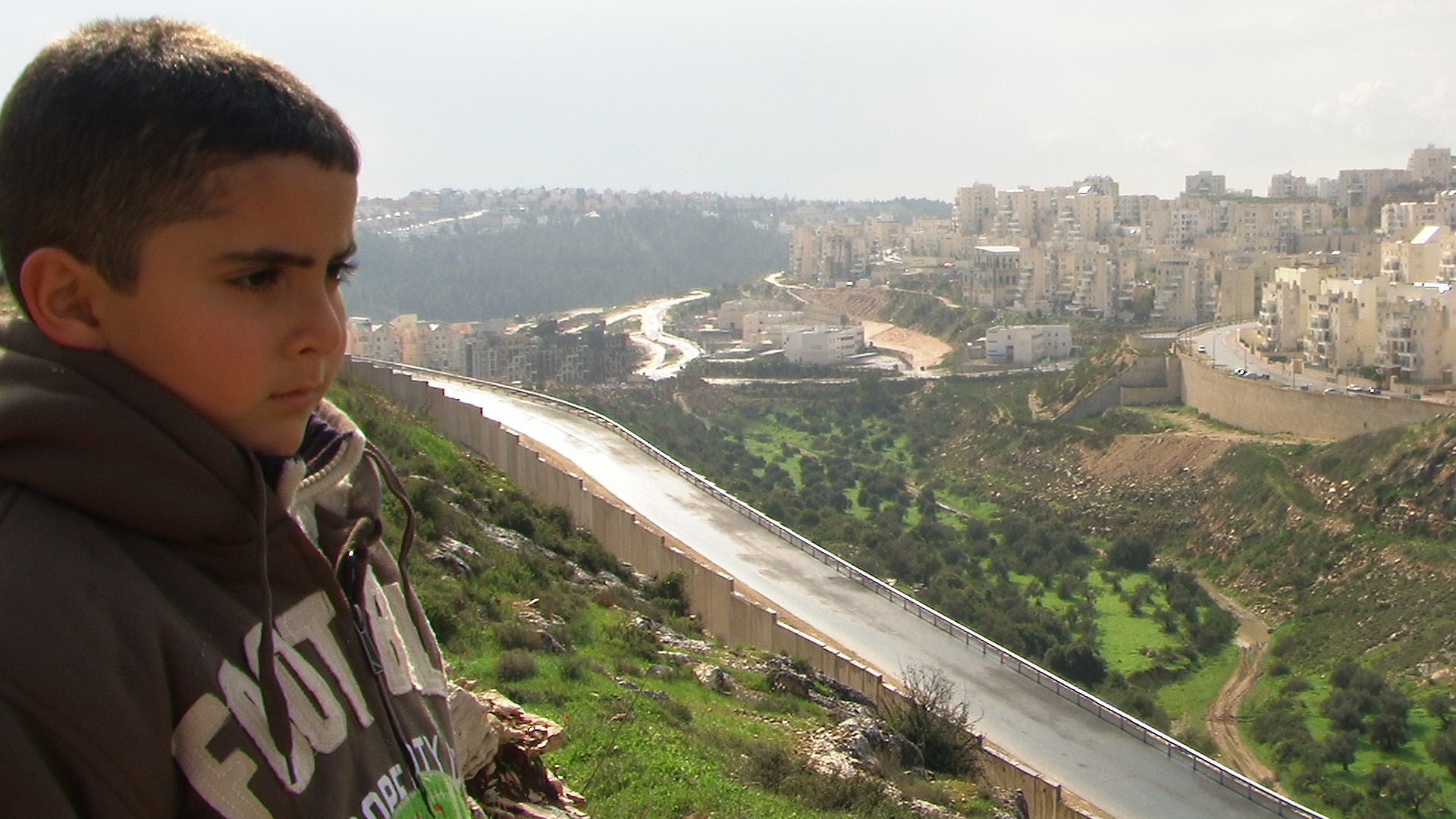 5 Broken Cameras + They Came in the Morning

5 Broken Cameras + They Came in the Morning

They Came in the Morning

Leila Sansour’s latest work depicts the reaction of a Palestinian farmer who discovers one day that his livelihood has been destroyed with no prior warning or reason why.

It’s a sad reality for Emad Burnat that one of the first phrases mastered by his toddler son Gibreel, is ‘the wall’. Although he first bought a camera to film his family, he also begins recording the increasingly chaotic scenes taking place in the beautiful landscape outside his house. When his camera is broken, he moves onto another one – five years yielding five broken cameras, giving the film its title and chapter structure. Although he never planned to be a film-maker, Burnat proves to be both a brave and an extraordinary one, keeping his camera rolling amidst frightening scenes of unpredictable aggression, often aimed at himself, in a film richly deserving of its many awards.  Find out more about the making of the film here…

Starting on the 7th December at 20:00 and followed by:

BPFF is a charity run by volunteers on a shoestring budget and we’re reliant on the generosity of our viewers in order to keep the festival going. Any donation, however small, would be hugely appreciated and help secure the future of the festival. Thank you all for your support!

We’d like to say a big thank you to everyone who joined us this year in watching our online slate of shorts — without you this festival wouldn’t be possible. We hope to welcome you all back in the cinema next year, with some great new Palestinian films!

It’s the final day of this year’s online festival! Our excellent selection of shorts will be available to stream for free until the end of the day at http://bristolpff.org.uk — fill your Sunday with some last minute short watching 🇵🇸

This insightful short covers a conversation between filmmaker Farah and her grandmother about their fate as Palestinian refugees granted Lebanese citizenship. The two women touch on topics full of emotions, memories and hope. Watch it here: https://bristolpff.org.uk/2020/11/30/the-seven-villages/ #BPFF2020

The Bristol Palestine Film Festival has been running since 4 December and will end on Sunday: Your last chance to watch a selection of the best films and documentaries from #Palestine: