Hind Shoufani and Chai For Three

Hind Shoufani and Chai For Three

Hind Shoufani is a Palestinian poet and filmmaker who tackles feminist issues, freedom and it’s barriers, the Arab world and its pitfalls and beauty in her spoken word and free verse poetry.

She is the founder of the Poeticians collective, a group of word warriors who perform in various venues in the Middle East, since 2007. Hind has two books published, “More light than death could bear” and “Inkstains on the edge of light” and she’s the editor of the Poeticians anthology “Nowhere near a damn rainbow” featuring over 30 poets writing about the Arab world.

Hind is interested in the longevity of mourning, the secret recesses in the brain which compel people to write, the fight against oppression in all its forms in all corners of the world, making films that recreate the notion of the “Other” in people’s minds, the lives of rootless refugees and Palestinian nomads, the changing patterns of love and what it means to be young, Arab, bilingual, and secular in the rising tide of extremism surging through her homelands. She writes about Syria, her mother, the deserts of Dubai and everything in between.

Find out more about Shoufani. 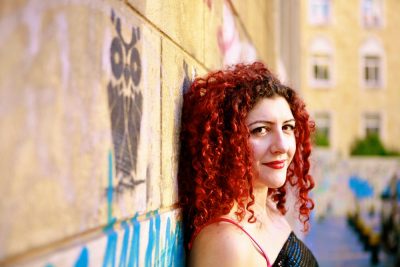 Chai For Three are Knud Stuwe on oud, Simon Leach on oud percussion and derabukka and David Mowat on trumpet and flugel horn. They’ll play music of the Mediterranean and Middle East: Turkish melodies, Egyptian baladi, classic tunes from the Hijaz, Sephardic music from Spain and Palestinian dabke dances. 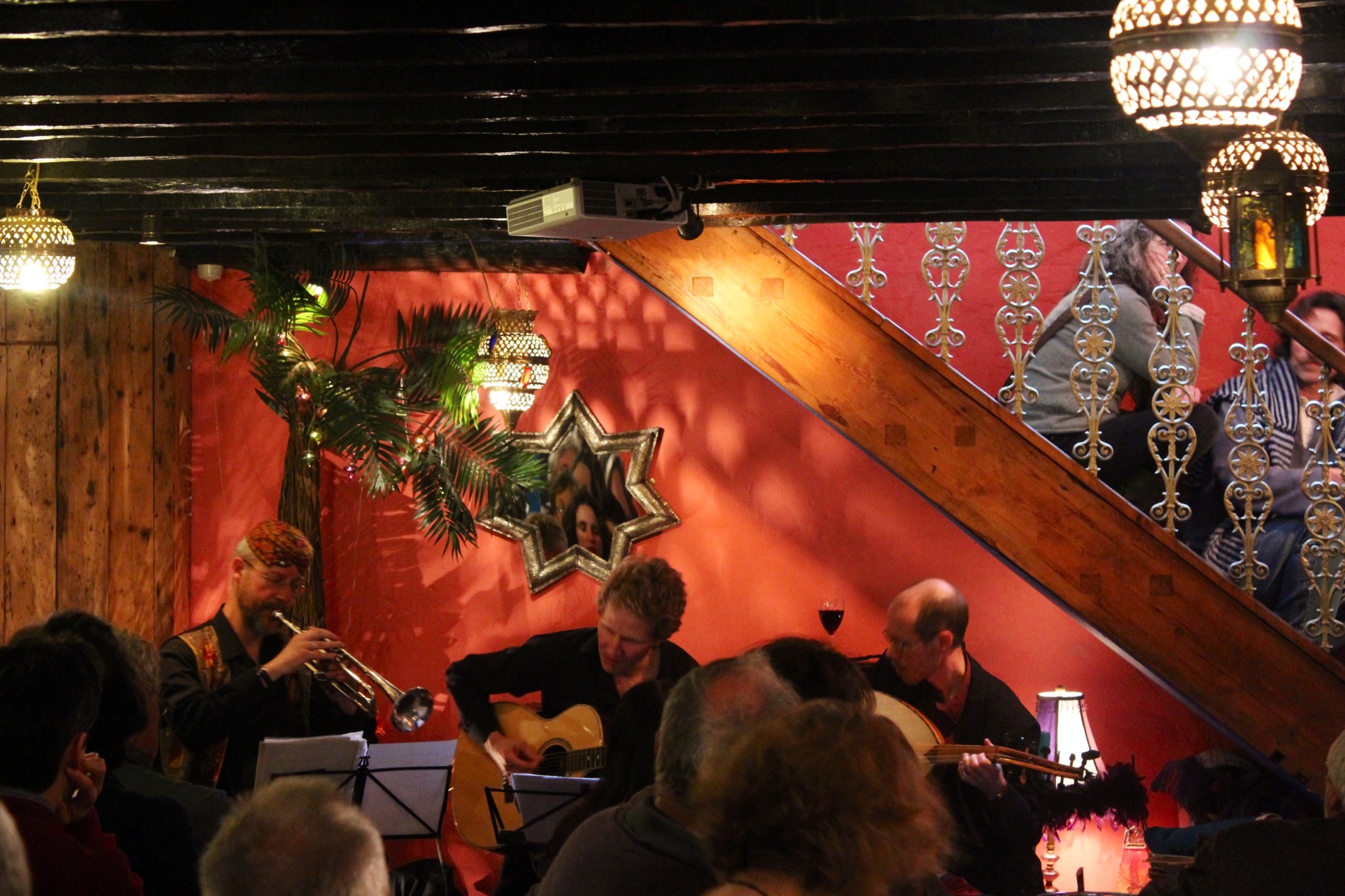