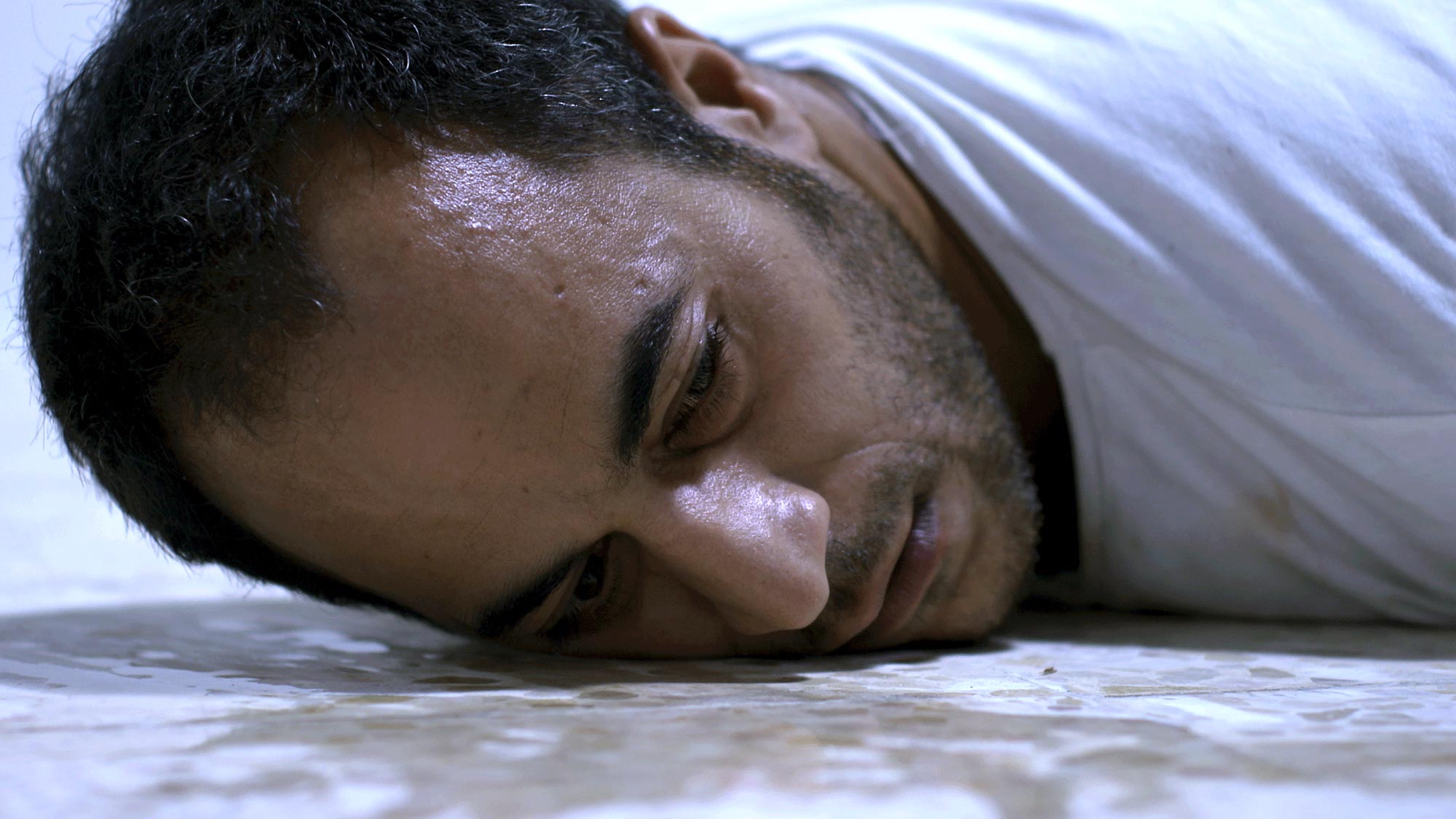 Director Raed Andoni places a newspaper advertisement in Ramallah. He is looking for former inmates of the Moskobiya interrogation centre in Jerusalem. In his ad he asks that the men should also have experience as craftsmen, architects or actors.

After a casting process that almost feels like role play, he arranges for a replica of the centre’s interrogation rooms and cells to be built to scale inside a hall – under close supervision from the former inmates and based on their memories. In this realistic setting the men subsequently re-enact their interrogations, discuss details about the prison, and express the humiliation they experienced during their detention.

Using techniques that are reminiscent of the so-called ‘theatre of the oppressed’ they work together to dramatise their real-life experiences. Their reconstruction brings long repressed emotions and undealt-with trauma to the fore. Working on the film takes its toll on the men – both physically and mentally. The director also appears in front of the camera; not only is he creating a stage for his protagonists, he is also coming to terms with his own fragmented memories of imprisonment in Moskobiya thirty years previously.  This disturbing film has garnered awards and nominations from Berlin, Seattle and Sheffield Film Festivals.